I have been harassed by credit card debt collectors and suffered a significant amount of humiliation from my family members, neighbors and colleagues because of rude calls and letters from these agents. 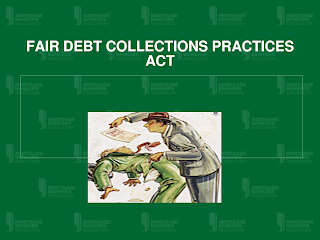 These have made me at one point to become a paranoid.

And thus prompt me to make a research about the laws regarding Debt collection and my rights.

My online research led me to the Philippine Senate website.
http://www.senate.gov.ph/lis/bill_res.aspx?congress=14&q=SBN-1277

I have learned that Senator Miriam Defensor Santiago introduced Senate Bill Number 1277 on July 4, 2007, during the 14th Philippine Congress, entitled “An Act Providing For Fair Debt Collection Practices and Requiring Debt Collectors To Observe Such Practices”.

I wish that this Bill will be approved soon but anyway, She said in the explanatory note,
"There is abundant evidence of the widespread use of abusive, deceptive, and unfair debt collection practices by many creditors and debt collectors.

Abusive debt collection practices have contributed to a number of unwarranted personal bankruptcies, to marital instability, to loss of jobs, and to invasions of individual privacy.

Existing laws are inadequate to protect borrowers. In fact, the borrowers’ only recourse is Article 287 of the Penal Code.

For the following reasons:

I also tried to research what is Article 287 of the Penal Code, and here's what i found,

Any person who, by means of violence, shall seize anything belonging to his debtor for the purpose of applying the same to the payment of the debt, shall suffer the penalty of arresto mayor in its minimum period and a fine equivalent to the value of the thing, but in no case less than 75 pesos. Any other coercions or unjust vexations shall be punished by arresto menor or a fine ranging from 5 pesos to 200 pesos, or both."

Please note that I am just a credit card defaulter like some of you and not a lawyer. This are my interpretations of what I've read.

If you any  update regarding the bill, or think I made some misinterpretation please put it in the comments below. Thank you


Posted by creditcarddefaulter at 5:42 AM 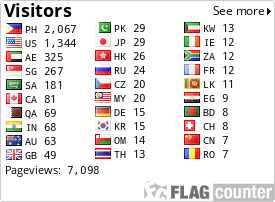